TL;DR: Agile Failure Patterns — Why Agile is Simple and Complex at the Same Time

Agile failure seems to be increasingly more prominent nowadays despite all the efforts undertaken by numerous organization embarking on their journeys to become agile.

The funny thing is: Who would disagree that the four core principles of the Agile Manifesto —

— are derived from applying common sense to a challenging problem? Moreover, the application of those principles might be suited to fix numerous organizational dysfunctions and reduce an error-prone and complex social setting to maybe just a complicated one? 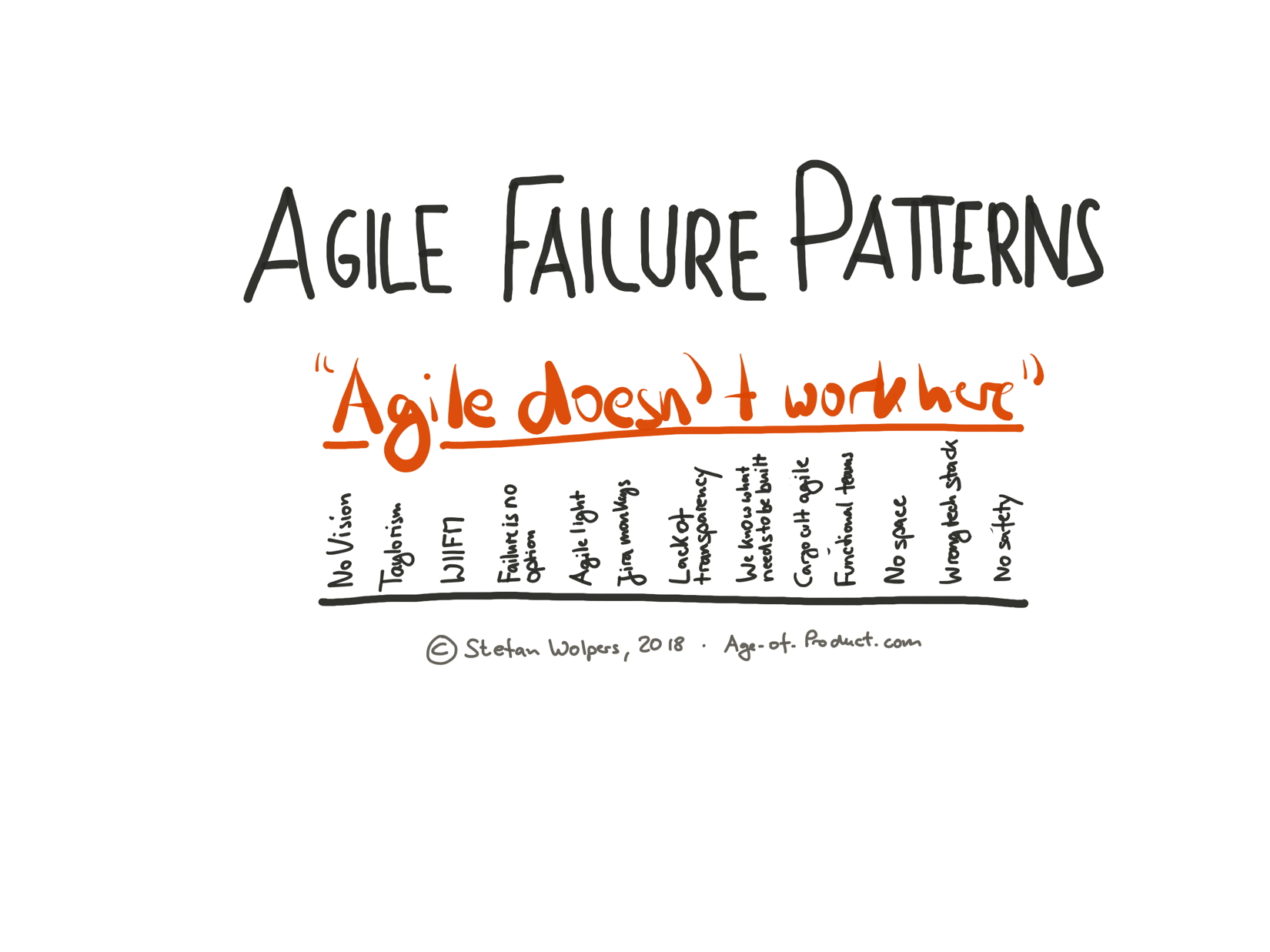 The video of the webinar is available now:

Note: If the browser will not play the playlist automatically, click here to watch the replay of the webinar agile failure patterns 2.0 directly on Youtube.

There are various good reasons to adopt Agile, for example:

But the fact is also, that the scope of an Agile organizational transformation is often wholly underestimated. That Agile is not the quick fix for everything that is going wrong. Each organization has its own set of dysfunctions, and hence solutions dealing with them need to be tailored specifically to that organization.

Analyzing my past projects, I identified the following four cross-organizational patterns that are making Agile transitions to much more harder, less effective and significantly more expensive:

I. Agile Failure At Organizational Level:

Share your own experience w/ the poll: What Is the Most Important Agile Challenge You Are Facing At the Moment?

Agile Failure Patterns: What Is the Most Important Agile Challenge You are Facing at the Moment?

Every one of us is dealing with numerous issues related to becoming, improving, or even staying Agile every day. I would like to learn more about the spectrum of your Agile challenges. If you invest three minutes of your time, that would mean the world to me:

Click here to complete “Your #1 Agile Challenge” at Google Forms

Download the Scrum Anti-Patterns Guide: 160-plus ways to improve your way of Scrum.

✋ Do Not Miss Out and Learn more about Agile Failure: Join the 12,000-plus Strong ‘Hands-on Agile’ Slack Team