Age of Product’s Food for Thought of December 6th, 2015 covers: The perceived increase in the speed of business, “Lean Startup” – a video with Jason Calacanis & Eric Ries, Firstround’s “State of Startups 2015”, donkeys and unicorns, disruption, why freemium can be a killer, and company failure patterns.

(via The Economist): The creed of speed 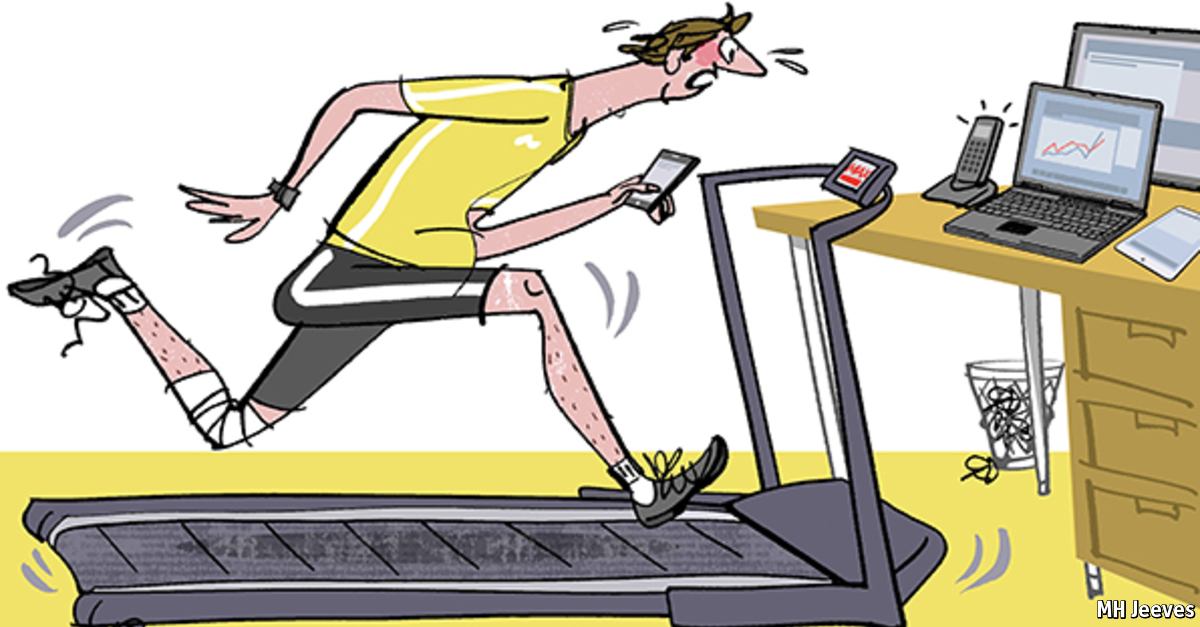 A CUSTOMER downloads an app from Apple every millisecond. The firm sells 1,000 iPhones, iPads or Macs every couple of minutes. It whips through its inventories in four days and launches a new product every four weeks. Manic trading by computers and speculators means the average Apple share changes hands every five months.

Source: The Economist: The creed of speed

Jason Calacanis (via This Week In Startups): E600: TWiST Live! Eric Ries on The Lean Startup, the law of sustainable growth, lessons learned, and looking ahead

Eric and Jason discuss in depth The Lean Startup methodology, what it means today with so many startups out there, and his plans for future publications and resources for supporting entrepreneurship. We hear Eric’s own lessons learned as an entrepreneur (i.e., don’t refuse customers who want to try your product), his insights into the law of sustainable growth and what it means, and secrets on how to measure exponential growth before the point of critical mass.

Source: This Week In Startups: E600: TWiST Live! Eric Ries on The Lean Startup, the law of sustainable growth, lessons learned, and looking ahead

What follows is what we're calling the 2015 State of Startups, designed to share meaningful insights into what it's like to run a startup today.

Abhas Gupta (via Medium): Unicorns vs. Donkeys: Your Handy Guide to Distinguishing Who’s Who

I am by no means the unicorn prophet, but here’s how I think about which companies have earned their unicorn status vs. which ones are playing a dangerous game of massive capital needs, sky high valuations, impossible expectations, and deferred judgement days. Hopefully, by the end of this post, you’ll have an intuitive feel for which startups actually have a shot at being unicorns and which ones are probably just donkeys.

Source: Medium: Unicorns vs. Donkeys: Your Handy Guide to Distinguishing Who’s Who

Mitchell Harper (via Medium): Early warning signs your company is heading for a crash landing

If you’re doing any of these things, your company is probably on its last legs.

Source: Medium: Early warning signs your company is heading for a crash landing

Themes. Themes are an alternative for features. Instead of promising to build a specific feature, the team commits to solving a specific customer problem.

The theory of disruptive innovation, introduced in these pages in 1995, has proved to be a powerful way of thinking about innovation-driven growth. Many leaders of small, entrepreneurial companies praise it as their guiding star; so do many executives at large, well-established organizations, including Intel, Southern New Hampshire University, and Salesforce.com.

Josh Pigford (via Baremetrics): How freemium nearly caused our business to implode

Three months ago, we introduced a Free plan…and it nearly brought Baremetrics to its knees. Let’s take a look at what we did, how it affected our business and how it was ultimately a failure.

Source: Baremetrics: How freemium nearly caused our business to implode

David Ams (via Medium): Why nobody will steal your shitty start-up idea

Now, you just need to get started, hope this article helped you clean your mind from this distraction.

Source: Medium: Why nobody will steal your shitty start-up idea